With me getting back into playing the Batman Miniature Game a bit more often I realised I needed to pick up a few more tokens to help keep track of everything, so off to the wonderful Counter Attack Bases I headed.

Their Superhero Skirmish Range is where I picked up all the rest of my tokens for the game when I was first starting out and they’ve added to the range since I was last there, meaning they have nearly everything for every situation you could think of. 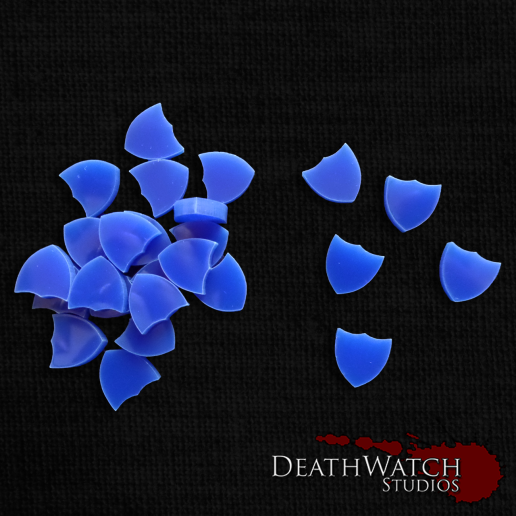 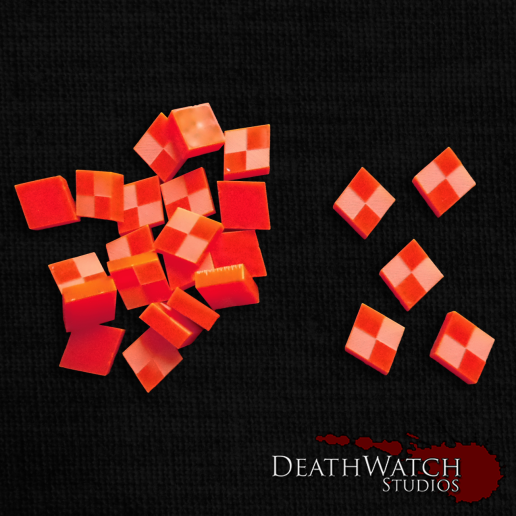 The first thing I needed was something for the action counters for the character cards. Since I’m using a Batman/Law forces force as well as a Harley gang I wanted some action counters for each of these forces. Their shield counters work perfectly for the Batman side of things, shown here in blue, and the Harlequin design is perfect for the Harley gang, shown here in red. These are both around about the same size, both perfect for fitting into the attribute slots on the character cards and are not too badly priced for what you get, £5.00 for 25 counters. 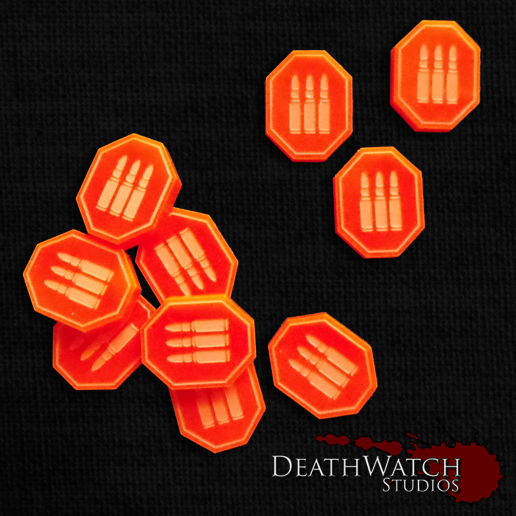 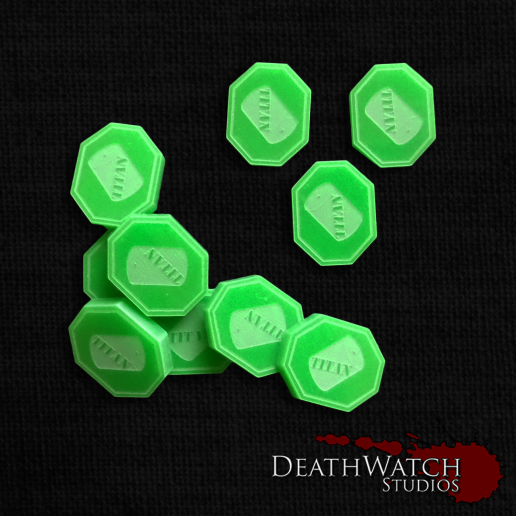 Next up I wanted to get some tokens for both ammo an any titan that might be picked up during the game and they had an Ammo/Titan Set just waiting for me. At only 35p each it meant I could pick up enough to cover all the ammo that the guys have from the start and any extra I may have purchased for them. Much like the action counters before, these are the perfect size to keep on or near the character card whilst not taking up too much room. 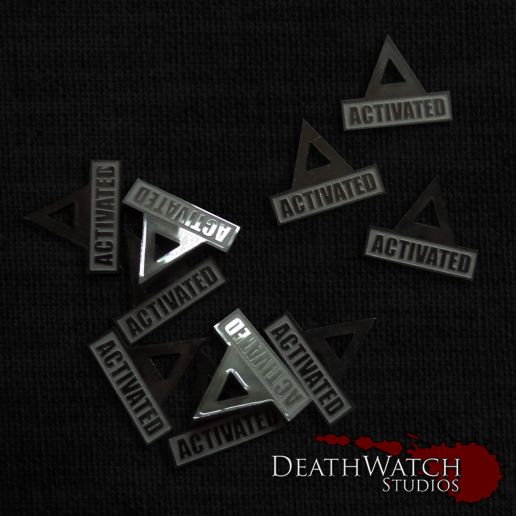 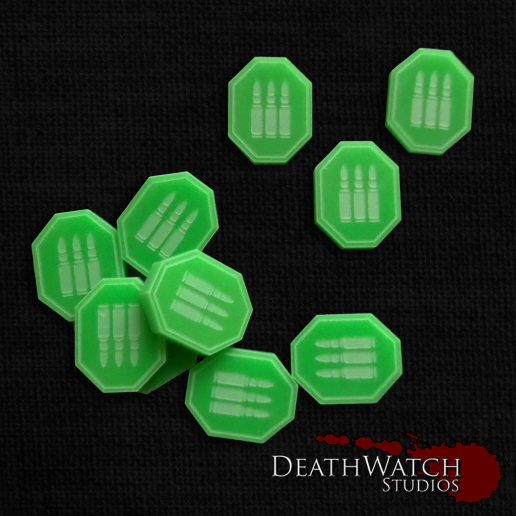 The final thing I wanted to pick up was some Activation Markers as I’m terrible at remembering who’s already gone. I really love the Arkham themed design of these and they’re a really great way to keep on top of your tracking.

I also got a bonus in the box in the form of some extra ammo tokens which turned out to be incredibly useful. I hadn’t thought about the models that have two ranged weapons and the need to maybe track more than one type of ammo.