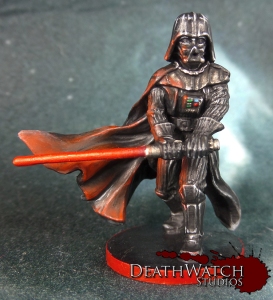 I’ve begun to get stuck into the Imperial forces for Imperial Assault. Primarily for the campaign I’m playing in, as I really want to get to a point were we are only using painted figures, but it also means I have a full selection of painted mini’s to take to tournaments.

As you can see above I’ve painted the combat monster himself, Darth Vader. Here’s a couple more pictures of him….

I’m really pleased with how he turned out, particularly the glow of his lightsaber, which was done with only the one paint, GW’s Bloodletter glaze. All I did was add successive coats onto the areas I wanted the glow to reach, slowly focussing more and more on the areas closest to the blade.

Next up is another iconic Imperial symbol, the mighty Stormtrooper…. 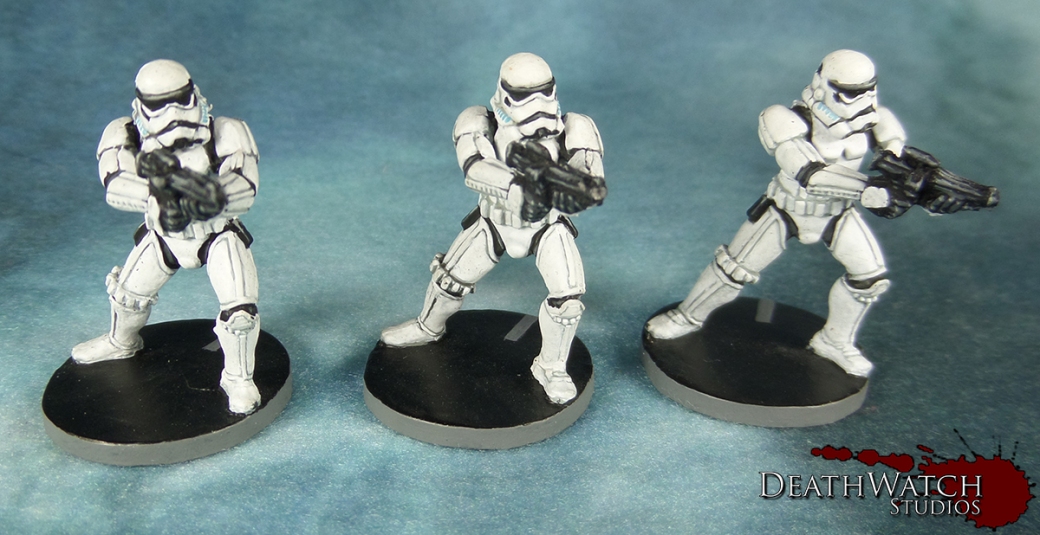 Only managed to get one group done so far, as whit takes a mighty long time to paint. I’m even tempted to do the elite groups as Shadowtroopers, as black is easier and I think it could look pretty cool ad distinctive. I still want to change over the group marking on the base, so it’s similar to what I’ve done with the Rebel Troopers.

Finally we have some officers to give out some orders….

These I painted up as Stormtrooper officers rather than Imperial army or navy, but I do wish I had gone for a bit of a mix to differentiate them a bit more. As with the stormtroopers I am going to redo the group markings on these chaps as well.

That’s all I have for the mighty Empire so far, but hopefully I’ll be able to get more painted up soon :).

One thought on “Imperial Assault – Forces of the Empire!”