The barricades I wanted to stand out a bit and after having a search on google thought they would look great with hazard stripes. I did these primarily with masking with tape as well as some salt masking to get the worn old effect on them 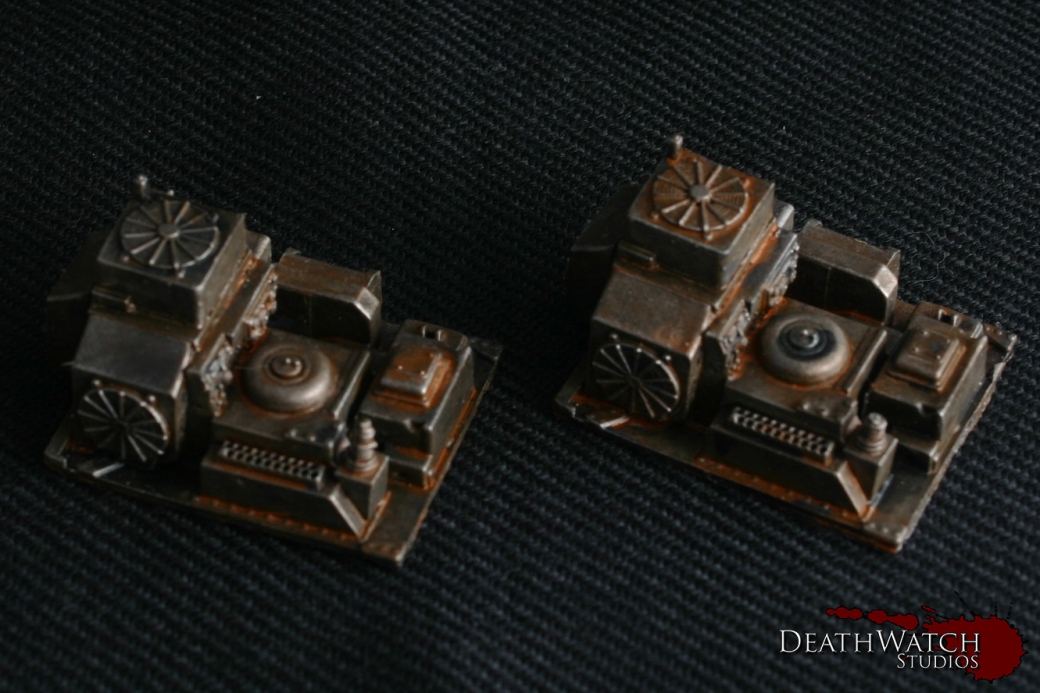 Like the rest of the terrain I wanted these to look fairly old and well used so added some rusty looking areas with some watered down orange and a few layers of washes, mainly Agrax Earthshade and Nuln oil over the metal basecoat.