This model is a beauty! I found it really easy to put together, especially as the components allow a great degree of flexibility to the pose, giving you an awesome looking model no matter what 🙂

I’ve chosen to paint it in the same fashion as the clothing for the Stage 3s to give it, and them, a uniform feel. Although I knew I would also need to make it look a bit more worn and worse for wear. Here’s how it turned out… 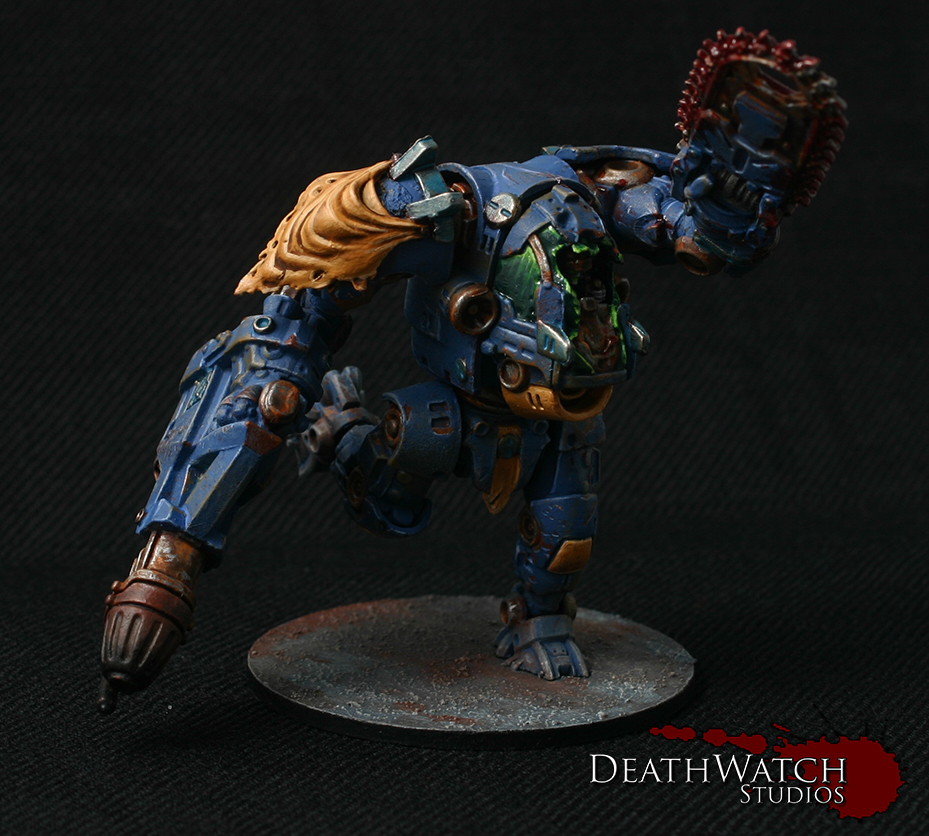 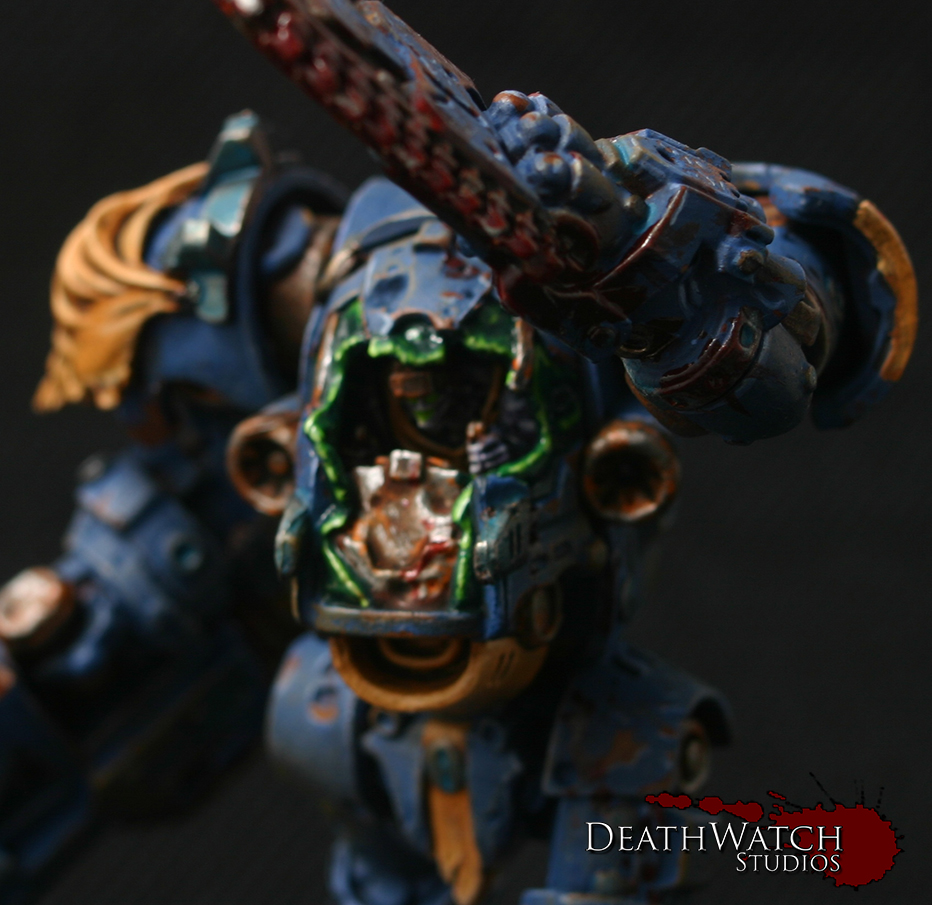 I painted this before fully constructing, as it would be a lot trickier to get right otherwise. I left the arms, the cockpit front and the pilot off to paint separately.

This gave me the inspiration for some back story to the Plague force I’ve put together, as well as some scenery once the force is ready.

The idea centers around a corporation, Feist Security Technology, that operates in a similar manner to a police force, with the notable exception they only serve and protect those that pay for the privilege. Whilst escorting a shipment from a client corporation all hell brakes loose leaving a few Plague infected Feist security troopers . These troopers keep spreading the Plague, instinct taking them back to the central Feist buildings and spreading the sickness throughout, garnering a good mix of well trained grunts, specialists, equipment and a Gr77 ‘Riot’ mech.

Even made up a logo to go with the corporation…

It’s only the start of an idea, but I’m gonna run with it and see where ti takes me 😀