A hunter of renown enters the underhive in search of the most dangerous prey. Broadcasting his exploits to the upper echelons of the hive to the delight of his fans. 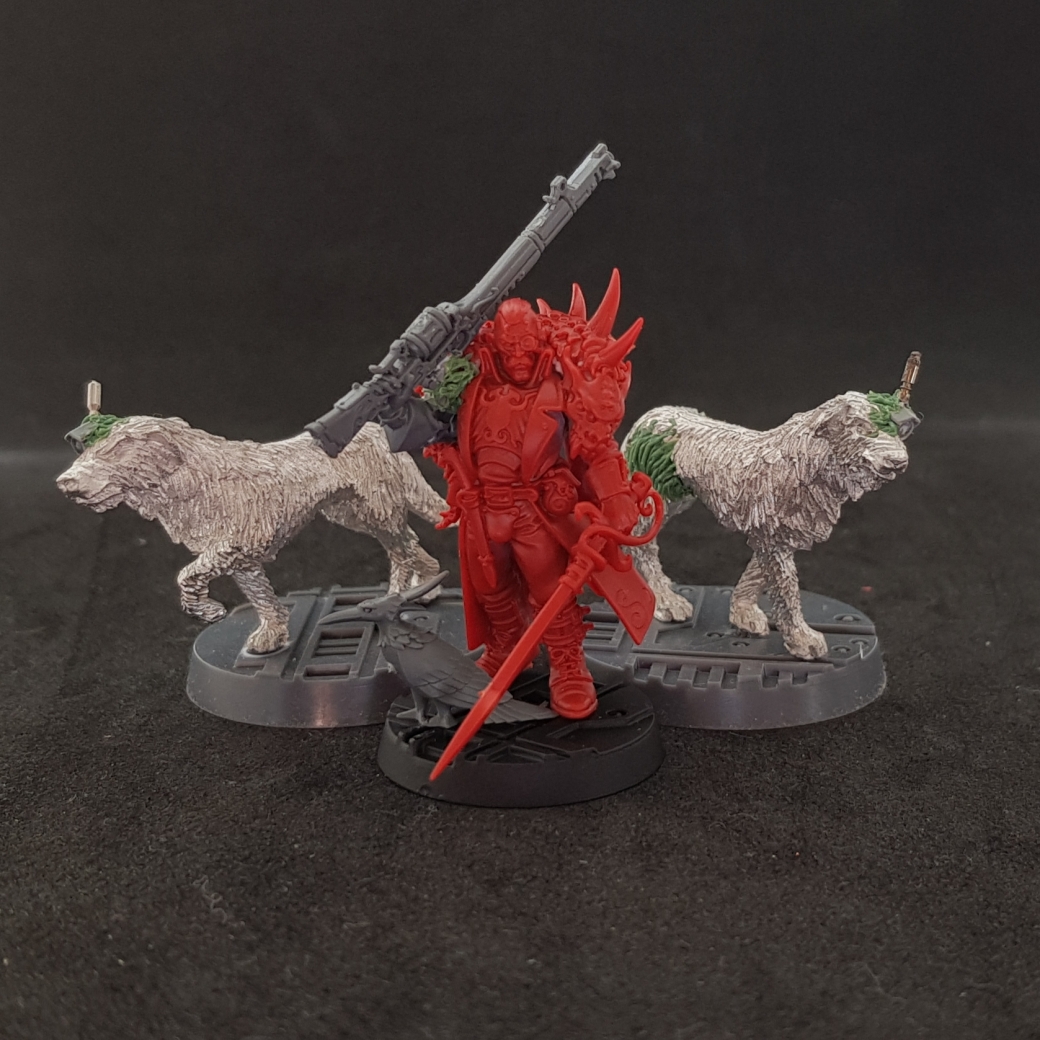 Lord Aquillus Wolfhardt, or the ‘Noble Hunter’ is a name spoken of often in the halls of the spire. Each cycle brings a new tale of daring, courage and a high velocity shot through something or someones skull. The lords and ladies of Hive Primus can’t get enough, especially when you take into account the mysteries of his Noble heritage. Everyone tells a different tale, a disgraced son, a Lord not content with the mundanity of the spire, an off world highbrow come to seek the most dangerous the galaxy has to offer. Whatever the tale one thing can be agreed upon, his chiselled features, eloquent voice and stunning attire means he must be of noble blood, a taste of a forbidden life for those of the Spire. 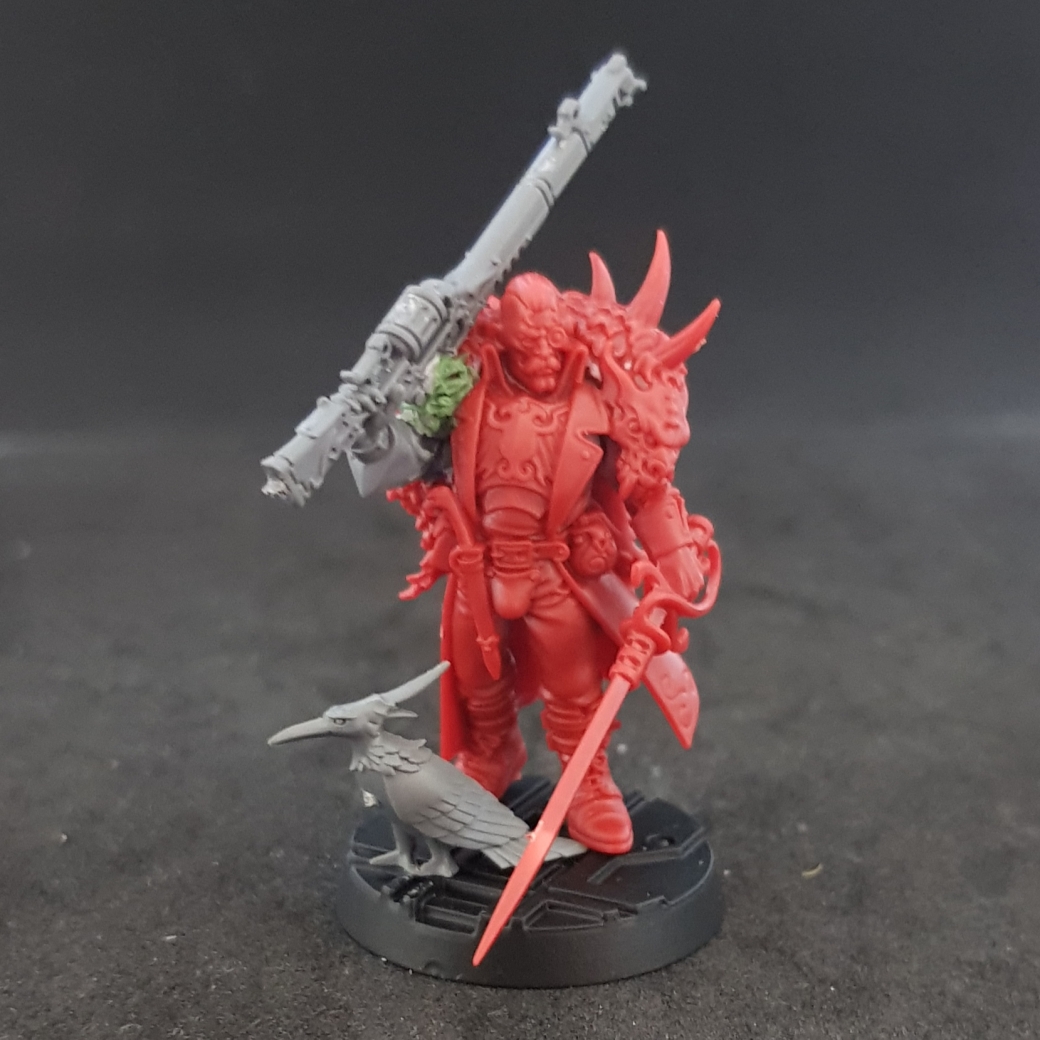 Wolfhardt is always accompanied by a pair of Secundian Gene Hounds, now a rarity since the fate that befell Hive Secundus. A traditional bodyguard bred for thier loyality and hardiness. Each is gene locked to their master, working to protect them at all costs. 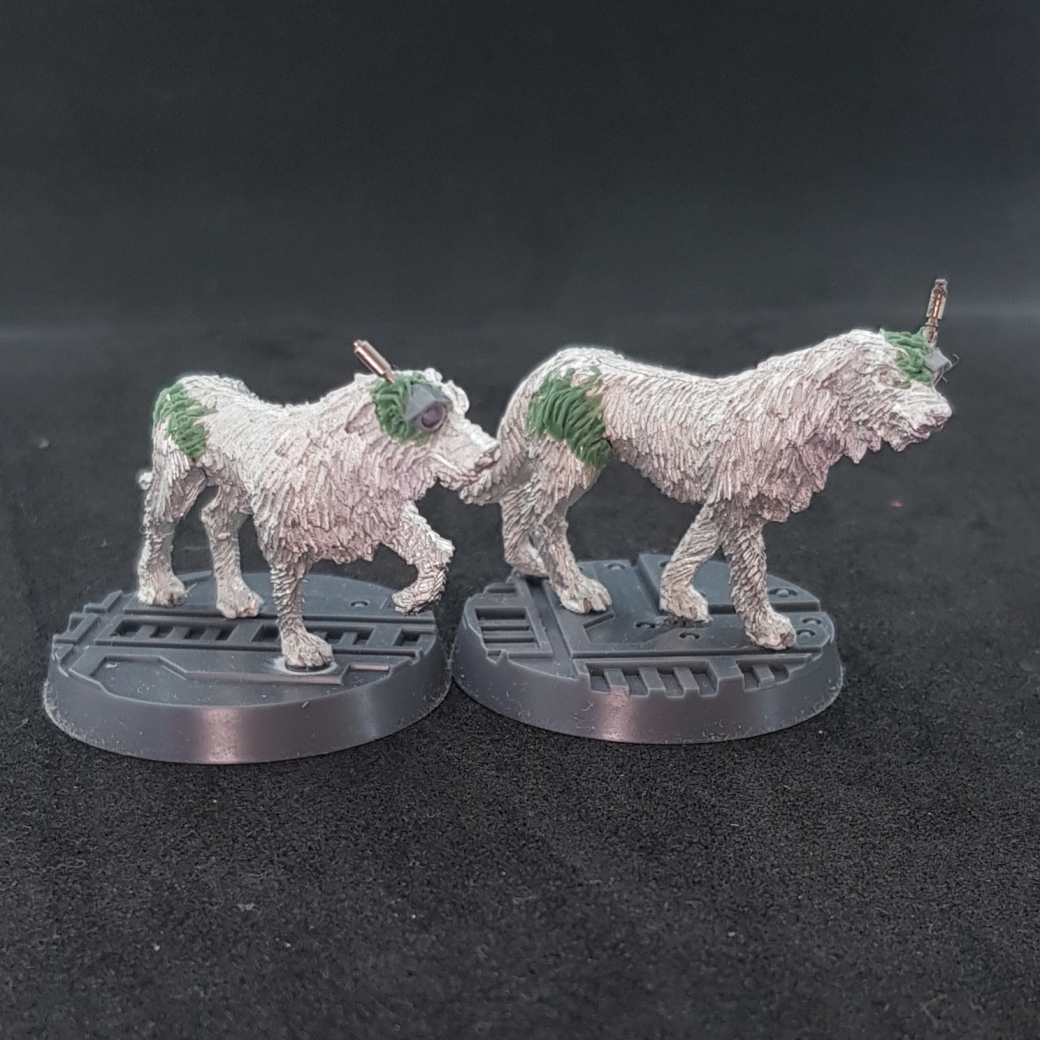 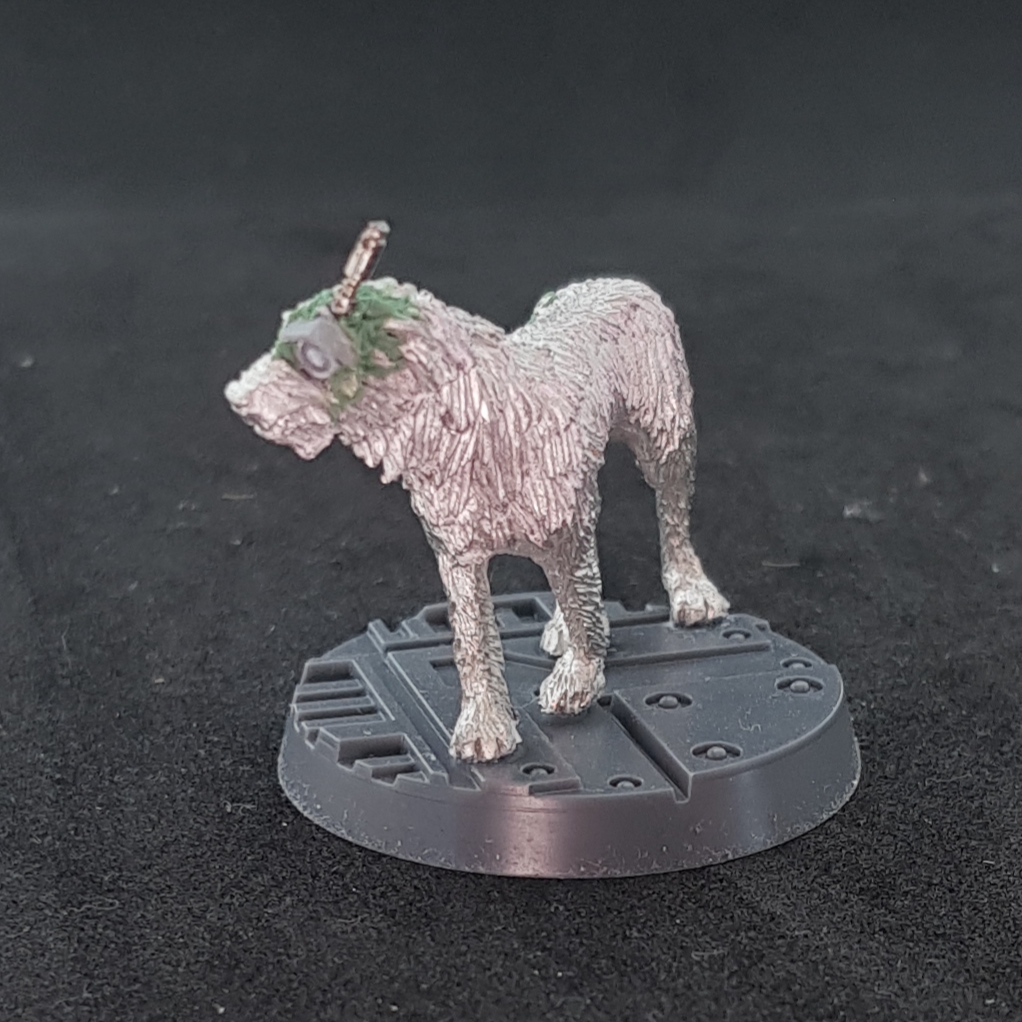 Rounding out this merry band are the crew, 2 ratlings, using their short stature to operate unseen.

I’ve been looking for an excuse to use these hounds, from the old Orion kit, for years and as good as any reason to pick up some Blackstone Fortress models. All I changed was the addition of the rifle, from the admech Skitarii kit, and the exotic bird to the base, from the High Elf dragon kit. The dogs I cut away some of the face, one eye, and added half an imperial guard binoculars to each. The antennae are from watch parts, a small bag I picked up on Ebay.

Let me know what you think of the models and the background and anything you might add to them both. I’m still working on the ratlings so I’ll show them off next time.