Starting off with Craftworlds I knew I wanted some rangers. I was put off by the single sculpt squad, especially since its only available in finecast, so needed to work out an alternative that would fit my idea of rangers better. I’ve always felt that Rangers should be a bit more exodite like, with a more exotic and less uniform look.

What I came up with came from a combination of Shadow Warriors from the AoS range, Guardians and some Drukhari weapons… 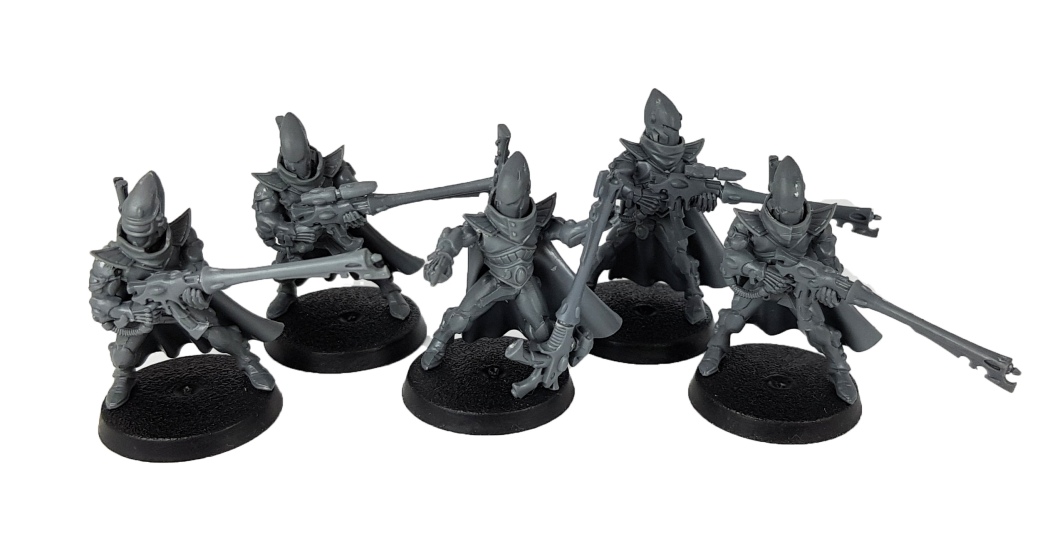 As you can see I used the guardian legs, arms, heads and Shuriken base, the Shadow Warrior torso and Dark Lance barrels.

The other five worked with the same base combo but I used unhelmeted heads and Heat Lance barrels.

I plan on working on some more using something other than the Shadow Warriors, likely the Wildwood Rangers and yet more different gun barrels.